First, the powerful countries began the Age of Imperialism. Powerful countries became greedy for power, so they began to do everything to gain more power, they takeaways thing from the weaker country oil or forest product. They take over the country by using soldier or money.

The Europeans’ imperialism mission was known as the “White Man’s Burden.” The nation didn’t only expand for wealth, They expanded religion by sending missionaries to the Christianize during the Scramble for Africa, they do this because to gain a lot more profit and the economy will be better. The imperialism occurred most heavily in Africa, Latin America, SE Asia, and Pacific Islands.

Positive: Building, hospital, and school were built. Education and prosperity were up.

Negative:  They were put to work as cheap labor.  They had no freedom, had to do what the mother country said. 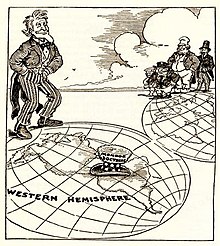 Before the Scramble for Africa, they fourteen countries met at the Berlin Conference to plan on splitting Africa, so that they can protect their nation and Balance of Power. But The Scramble for Africa lasted from 1881 to 1914. The Europeans did industrialize Africa by a little. The amount of modernization in Africa is incomparable to their loss of culture.The African colonies were the spheres of influence for the Europeans. when they fight the weak nations would be the protectorate, then other nearby countries wouldn’t want to fight because the nation is under the “Sphere of influence” control.

In my opinion, I’m okay with the imperialism because they can help some of the countries that the economy wasn’t very good so that after they take over they will build school and hospital so that they would have a better life. But I also understand the feeling of the weaker country because the cultures that they have been doing for a very long time would fade away because when the missionaries Christianized.

Queen Liliuokalani was the last queen of Hawaii, she was the last monarch of the Kamehameha dynasty, which had ruled a sovereign Hawaiian kingdom since 1810, she became a crown princess in 1877.  Hawaii became the 50th US state. The United States industrialized Hawaii and infrastructures such as overseas harbors were built there.

Key Terms
Imperialism = to seek for power and gain more power.
Industrialized = developed for a country.
Christianize = convert to Christianity.
Missionaries = religious people who were sent to a foreign country to do a religious task.
“Spheres of Influence” = a country where a foreign country has the power to affect its development.
Hawaii = The 50th state of the United States that was once an island kingdom.
Colonies = locations that are controlled by a foreign nation.
Indigenous People = native people.
Civilize = make to become more humane.
“White Man’s Burden” = (Book) a poem that was written by Rudyard Kipling in 1899 that favored imperialism for the United States.
“White Man’s Burden” = (Idea) the task that white colonizers believed that it’s their duty to civilize the black people in their colonies.
Queen Liliuokalani = the only queen and the last monarch of the Kingdom of Hawaii.
A balance of Power = equal distribution of power.
New Markets = new topic of marketing
Infrastructure = structures that are essential for a society to operate.
Modernization = the action of making to become modern.
Loss of Culture = the state of forgetting culture.
Panama Canal = the manmade waterway that allowed sea vehicles to travel through the Americas quickly and easily.
Natural Resources = raw materials from the nature that are required for producing goods for humans.
Cheap Labor = labor does not cost much.
Overseas Harbors = ports that are located in a different region that is across the sea.
Protectorate = a state that has foreign control or protection.
Scramble for Africa = the European distribution of Africa for imperialism that prevented wars between European nations.
Corporate Imperialism = a strong nation’s act of taking economic advantages over weaker nations.

This is a text widget, which allows you to add text or HTML to your sidebar. You can use them to display text, links, images, HTML, or a combination of these. Edit them in the Widget section of the Customizer.
<span>%d</span> bloggers like this: